Navy seizes Kerala cannabis worth over Rs. 26 million with 05 suspects

A special operation carried out by the Navy in Suhandipuram, Pudukuduirippu in Mullaitivu in the early hours on 30th December 2021 led to the seizure of about 89kg and 200g of Kerala cannabis with 05 suspects.

Sri Lanka Navy has been conducting regular operations covering the coastal areas of the island with a view to thwarting the influx of illegal drugs into the country. In a similar operation mounted by the SLNS Gotabaya in the Eastern Naval Command with the Police STF in Mullaitivu in Suhandipuram, Pudukuduirippu in the early hours of 30th December, this stock of Kerala cannabis, made ready to be transported by 03 motor cycles, were taken into custody. Along with the stock of Kerala cannabis the raiding party also held 04suspects in connection to the illegal act. The apprehended consignment weighed about 89kg and 200g. During further search in the area, the Navy also managed to apprehend another suspect and a locally made illegal firearm.

Meanwhile, the street value of the seized stock of Kerala cannabis is believed to be over Rs. 26 million.

The operation was conducted adhering to COVID-19 protocols to prevent possibilities of the transmission of the pandemic. The suspects held in the operation were identified as residents of Vishwamadu South, Udayarkattu, Udayarkattu South, and Mungilaru, from 21 to 43 years of age. The accused along with the Kerala cannabis, gun and motor cycles were handed over to the Pudukuduirippu Police for onward legal action. 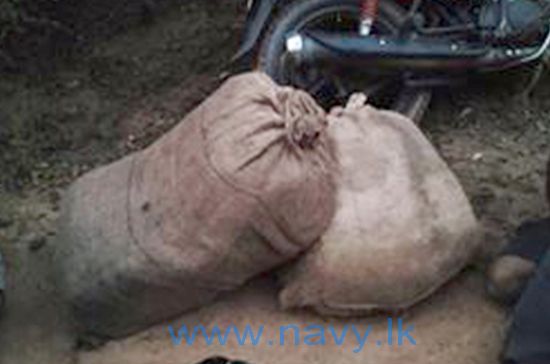 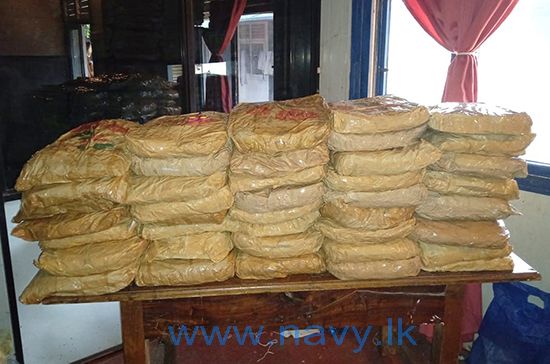 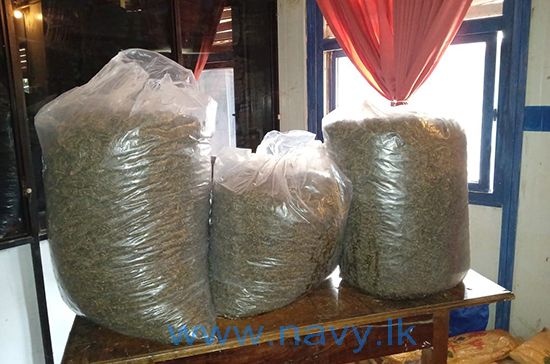 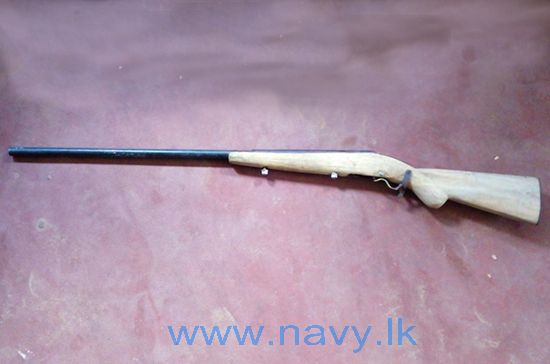 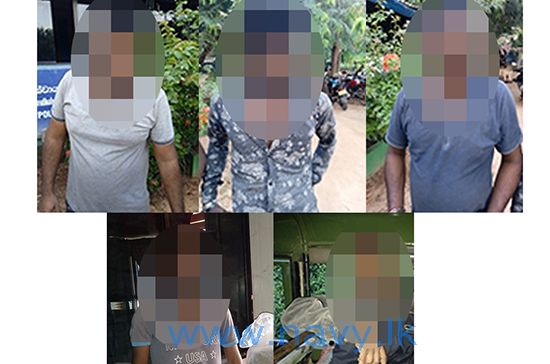 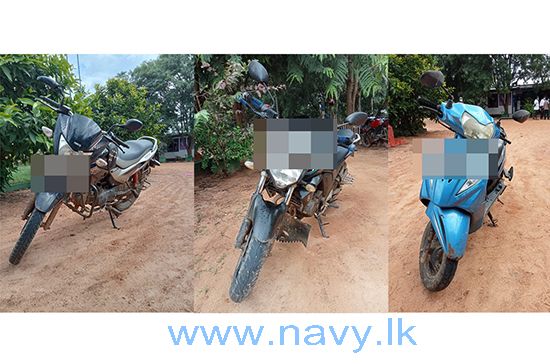