As part of the religious segment of Sri Lanka Navy’s 71st Anniversary, a spiritual event was held at the Kelaniya Raja Maha Viharaya on 28th December 2021. The special ritual was presided over by Commander of the Navy, Vice Admiral Nishantha Ulugetenne, in the company of the President of Navy Seva Vanitha Unit, Mrs. Chandima Ulugetenne.

The series of religious rituals performed in line with the 71st Anniversary of Sri Lanka Navy commenced with the ‘Kanchuka Puja’ and ‘Flag Blessing’ ceremony held at the Ruwanwelisaya and sacred Jaya Sri Maha Bodhi in Anuradhapura. Similarly, the Christian Commemoration & Thanksgiving Service was held at St. Lucia’s Cathedral, Colombo, Hindu Puja at Shri Ponnambalawaneswarar Kovil and Islamic religious rituals at Jummah Mosque on Chatham Street. Moreover, an all-night Pirith chanting ceremony and alms giving were held at the Welisara Naval Complex, to invoke blessings on the Navy. Further, the ‘Gilanpasa’ and ‘Buddha Puja’ rituals were performed at the Temple of the Sacred Tooth Relic in Kandy, under the patronage of Commander of the Navy.

Before the performance of this special religious ritual at the ‘Dhathu Mandira’ of Kelaniya Raja Maha Vihara, Commander of the Navy and President of Navy Seva Vanitha Unit paid their obeisance to Chief Incumbent of the themple, Professor, Most Ven. Kollupitiye Mahinda Sangharakkitha Thero. During this spiritual event, Ven. Maha Sangha transferred merits on fallen naval war veterans and blessings were invoked on disabled naval war heroes, all naval personnel both serving and retired, their family members and the Navy. 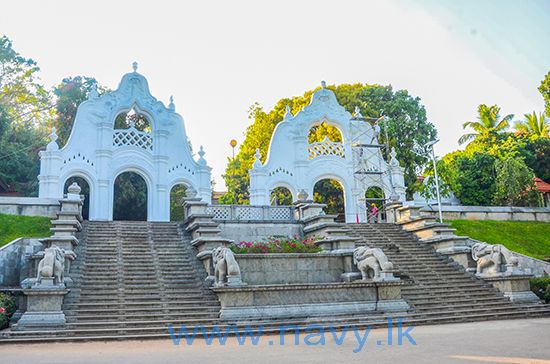 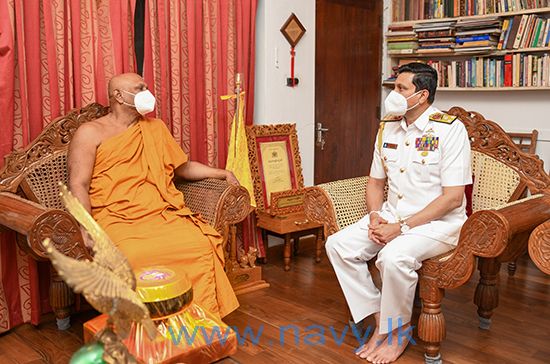 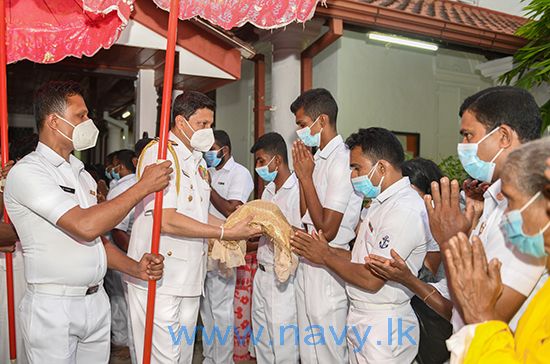 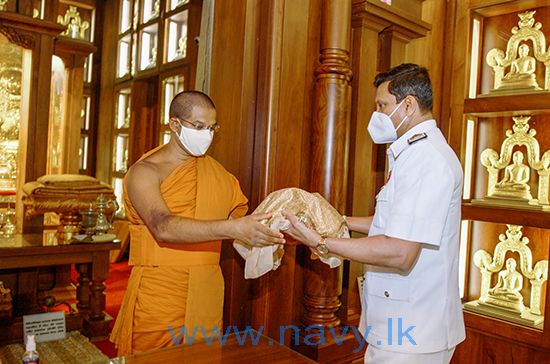 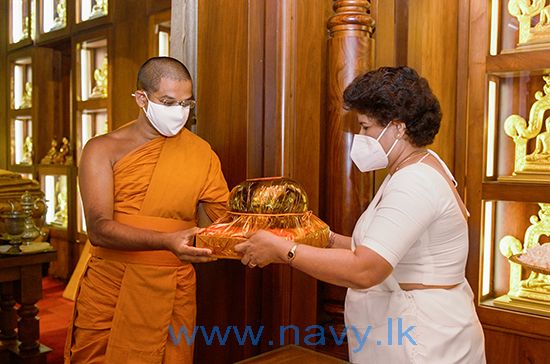 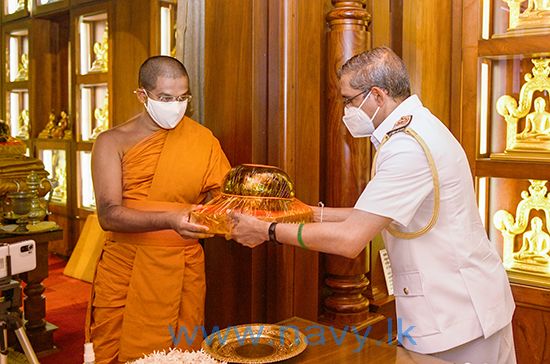 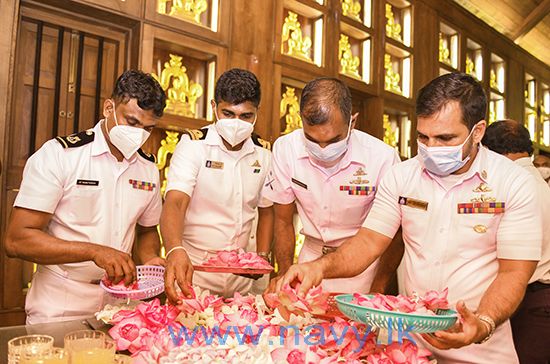 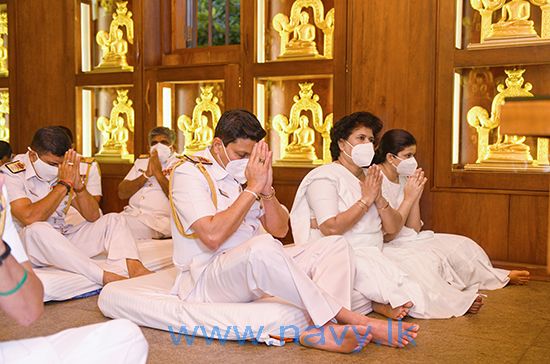 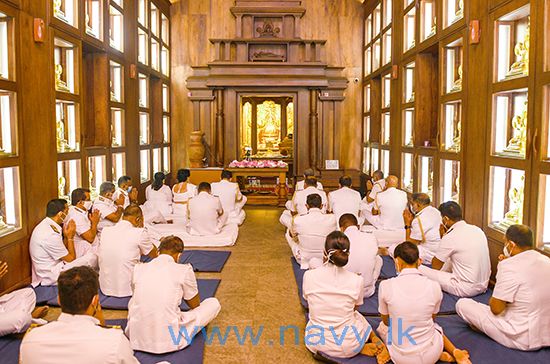 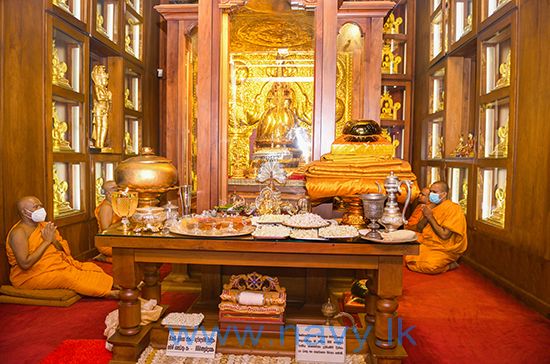 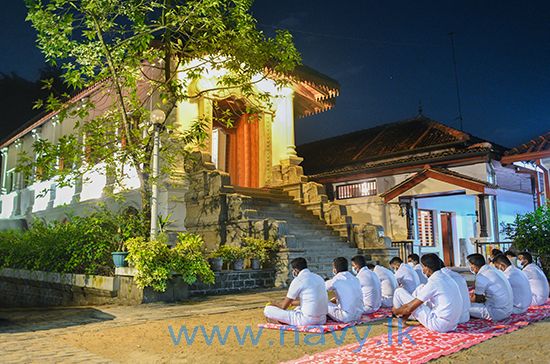